There are two bunch of copper coins on the side, and the unicorn on the top of the head of Tai Chi Two inads, also known as the golden toad, has wealth and prosperity

The beauty of wealth and wealth The ancients had “Phoenix is not inhabitant, and the golden toad is not a wealthy land 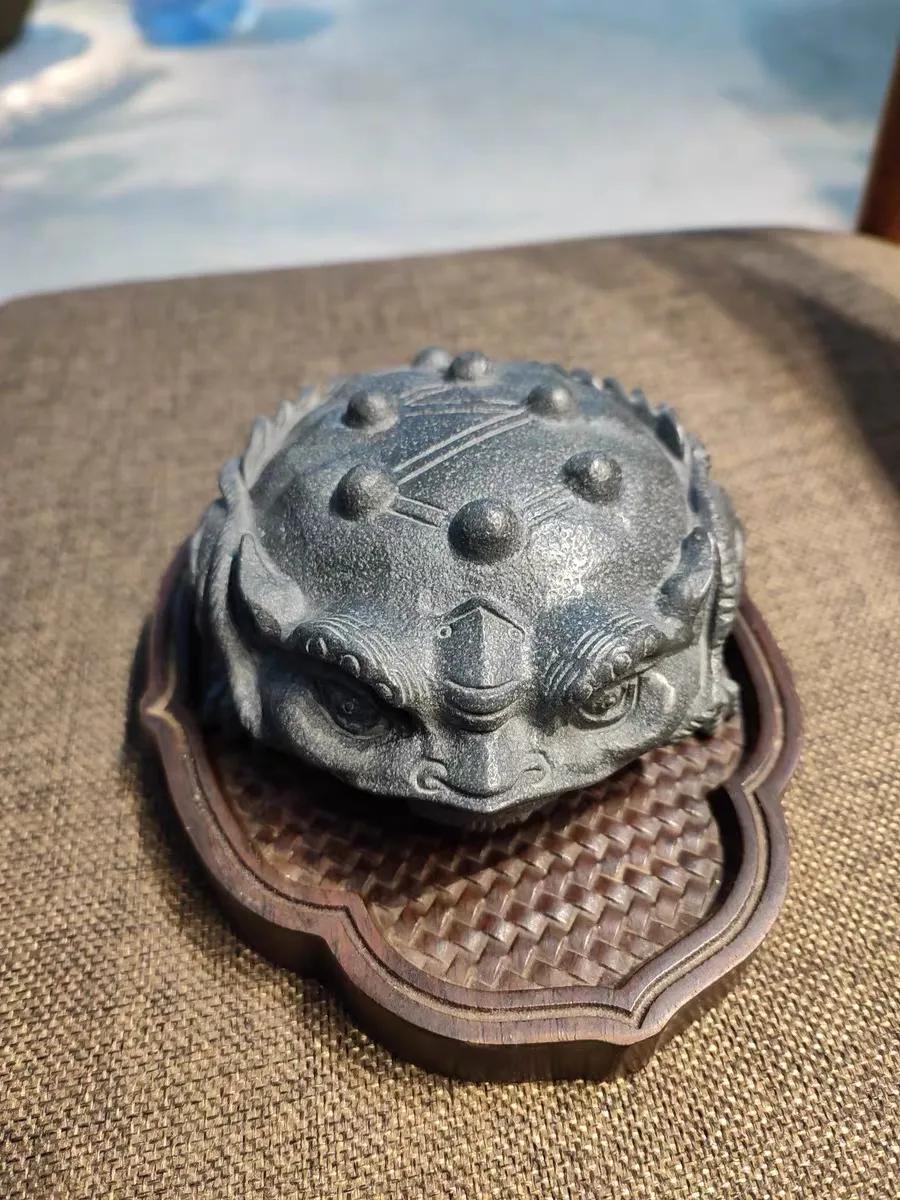 The saying of no “

Jin Chan Xijubao Land, wherever he goes, there are treasures underground

Wujin Stone is produced in Inner Mongolia, Shanxi and other places. The stones are diluted and delicate, and the color is dark and warm.This tea pet uses a whole piece of natural Wujin stone rough cutting directly. After more than a dozen processes including cutting, polishing, carving, and sand spraying, it has been grinded thousands of times, and it is created by handicrafts.

During the tea, it is often poured with tea soup or played with hand. It can show the beauty of the paste for a long time.Get rejuvenating