M0Pro continues the cartoon shape of M0, and at the same time, the appearance is further optimized, and its functions are greatly enhanced. It is the most powerful “music alarm” in history. Of course, it is more important that M0Pro will make you feel that the speaker is no longer a cold machine. It is more like a dexterous and lovely and rich and emotional digital pet, and the iron boron magnetic speakers and reflective 360 ​​° stereo systems are added to the addition , To make M0Pro’s sound full of vitality, digital pets can also make sound sounds. Fashion and exquisite shape plus excellent sound quality, with M0Pro, has your digital home life.

M0Pro is a powerful music alarm. 5 groups of alarm clock mode settings can be set on the alarm time, sound source, volume, and week mode. SD, USB, FM and other sound sources can be used as the ringtone of M0PRO. By Sunday different time periods, display settings to show humanized and intelligent design.

M0Pro has a USB direct reading function. Just connect the USB storage device to the USB interface on the panel, and the system will automatically identify the music files on the USB memory, which is very convenient. 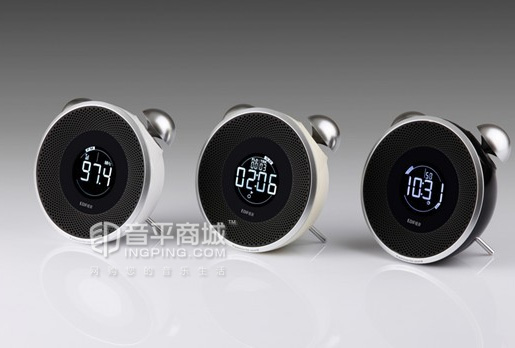 M0Pro is equipped with SD card seats that can automatically identify audio files stored in SD cards and play. In the SD and USB mode, not only can all the music circulation, single cycle, random playback, but also have single fast -moving, fast -moving functions, and play states, playback time, folder and directory synchronous display. 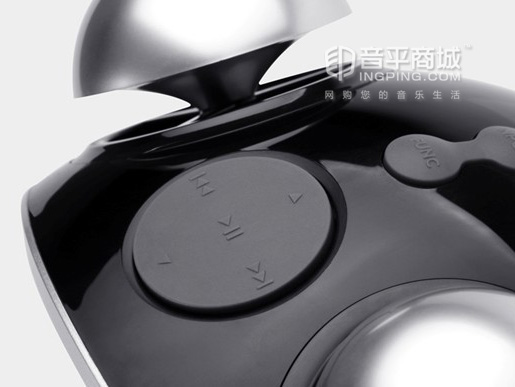 In addition to the above functions, the M0Pro also has a LINE IN input interface. It is very convenient to connect to desktop, laptop and other external audio -visual devices daily. Frequency band. 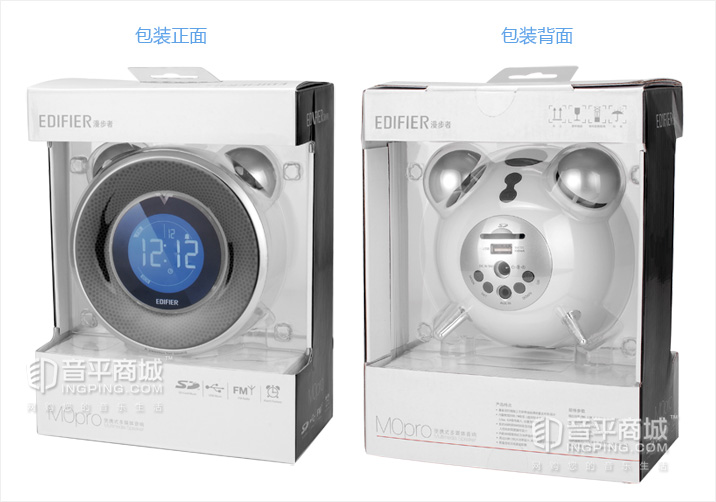 M0PRO has system dormant, seven delay settings (15 to 90 points, every 15 points into one setting node). Every night, let you fall asleep in soothing music. Each morning, you can make you happy Wake up in the ringtone.

Human Night Light Instructions: M0 Pro intelligently adjusts the backlight source. When between 6 am and between 10 pm, when touched any keys, the “full bright” state is maintained for 5 seconds. The “full” state maintains 1 minute (that is, the night light function), and the backlight is realized in the way of fading into a fading way to guide you in the direction of night activities and make the humanized design good.

Combination button control: M0Pro designs the control button behind the back of the fuselage. For different functional settings, there are different operation options. The specially designed bump silicone button can not only achieve blind operation, but also increase the comfort of the feel.

One in the manuscript

Everything comes from the persistent pursuit of good sound quality. Starting from the beginning of the designer’s pen end, every work of the stroll is like a lively life. It has a wonderful rhythm and jumps with the soul of music, making this world even more beautiful. We believe that every work of the stroll is not only to satisfy the hearing feelings, but it is also born for your trust, joy and taste. We believe that sound is not just a product, but also a spirit, a belief. It is this spirit and belief that nourishes the growth of strolls; it is also this spirit and belief that gives the stroll higher pursuit and dream. This is the philosophical view of the stroll.

Edifier Walker Enterprise was founded in Beijing in 1996. It has focused on the research and development and product application of audio technology over the years. It has developed into a professional multimedia audio and home audio as its core product. It is based on superb electro -sound technology, well -known brands, refined, refined High -tech enterprises and industry leaders who are well -known in the industry are well -known in management and product quality.

In 2006, the Walkman released a M0 speaker that integrates the concept of “digital pets”. The “Made For iPod” design, avant -garde alternative shape, and humanized functional settings have received broad attention from domestic and foreign media. According to the two colors of M0’s black and white, the stroll also designed a series of cartoon images, which has been well received by netizens. Although it is an excellent product, the pace of the stroller’s update has not stopped, and the new M0 upgraded version has also appeared in recently.

The new M0 family has three versions. The highly integrated M0Pro, the M0 MKII that supports the iPod/iPhone playback charging function, and the M0Blue that supports wireless Bluetooth. Playing and LINE IN input, M0Pro, who also has a alarm clock function, can be described as small body energy. 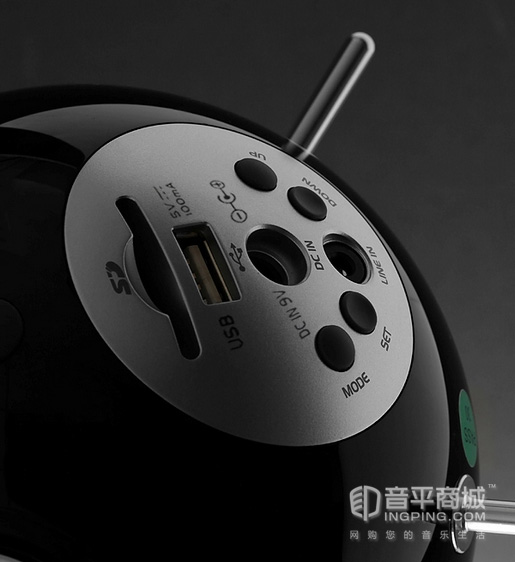 M0Pro inherits the retro alarm shape of the M0, and is used to build modern craftsmanship. It is pure white, milky white and black color color design. The overall appearance is more exquisite and round, and the texture is extraordinary. When connecting other sound sources, it can be fully competent for the duty of a speaker. When it is not played, the screen will display the current clock, becoming a veritable alarm clock, which is very suitable for home occasions.

M0Pro’s new 1.5 -inch full -frequency coated aluminum film speaker, bringing you pure and dynamic music. The unit is set in the “ear” part of the alarm, and this ear is also very mysterious. The M0Pro embedded reflex 360 -degree stereo speakers system, and the lower part of the ear also has a reflex cone, the pistol is matched to achieve a full range of listening.

For the sound of this modern craft, the stroll is sufficient, and it can even be regarded as the costume. In the case of rising raw material prices, the unit of M0Pro still uses expensive tin iron boron magnets. Although the cost is high, its performance is unmatched by conventional iron oxygen magnets. The oxygen magnet is 7-14 times, and the unit can make the unit more compact. Its addition has greatly improved the magnetic tightness within the volume of the unit, the control of the audio rings has also been enhanced, and it has significantly improved the transient performance of the speaker, making the sound quality better. Although it is a cartoon -shaped digital pet, M0Pro maintains the consistent level of sound quality of the stroll, and it can surprise people at first listening. 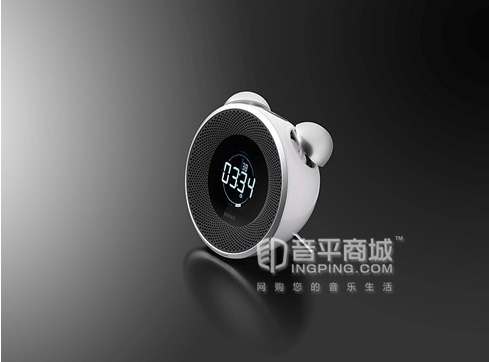 On the small M0Pro, there is also a highly integrated functional equipment. It can be described as “the sparrows are small and the five internal organs are all”.

M0Pro has not only the shape of the alarm clock, but also the alarm clock, but also has many functions that traditional alarm clocks do not have. First of all, it has a alarm clock setting function of up to 5 groups, and it can specify FM, SD card/U disk sound source as the alarm to get rid of the traditional monotonous ringtone. Secondly, M0Pro can also choose five working days or alarm presets throughout the week, and the volume can be set in advance. In addition, M0Pro also has a sleeping function. When the alarm sounds, it can be paused to stop the bell, and it will sound again in 10 minutes. At this time, you need to close the alarm, just press any keys on the play area. In daily use, if the alarm has been activated but not triggered, you need to enter the menu to set the alarm clock to OFF at this time. The simple and practical operation design allows you to wake up in wonderful music every day.

In addition to the alarm function, M0Pro also has a normal time indication function. The information of the year, month, and Sunday can be completely displayed, and a Fara capacitor instead of battery function is integrated on the circuit board. It can also remember the system time before, the longest can last a week. On the M0Pro, the stroll also set up the night light function elsewhere, and has different performances in different periods of time. Every day from 10 am to the early morning of the next day, lightly pat the key, the screen can gradually light up and continue the screen. One minute, it is convenient for users to use it at night, while touching the button in other times will light up for 5 seconds. The night lights are fading into the fading, which will not make people feel dazzling and very user -friendly. 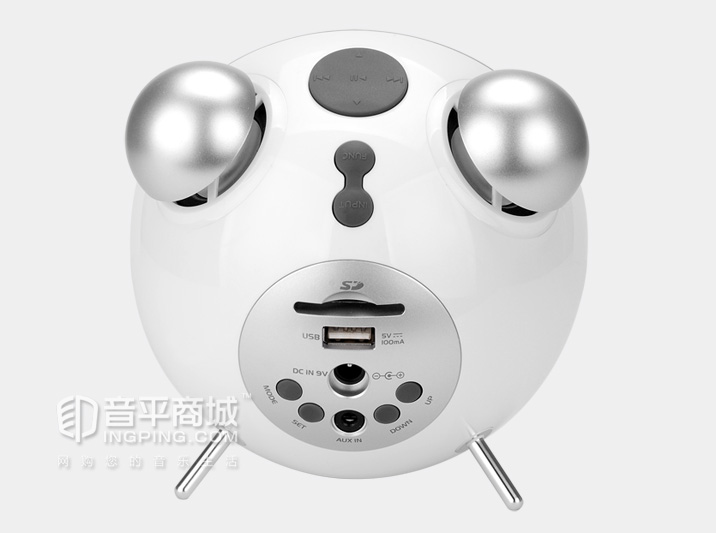 M0Pro has a direct reading function of the USB. As long as the USB storage device is connected to the USB interface on the panel, the system will automatically identify the music files on the USB memory and play. The cycle mode is very convenient. 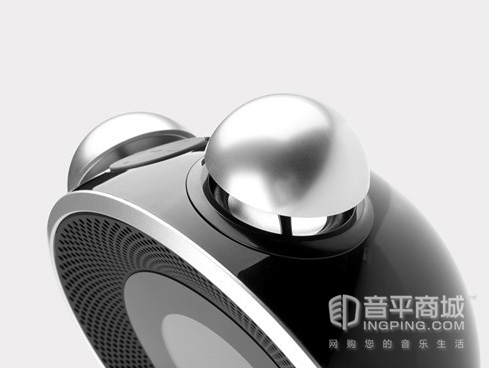 The charm of broadcasting is eternal. Even today, TV movies and online programs are very rich, FM Broadcasting is still irreplaceable. In response to consumers’ needs, M0Pro also has a built -in FM radio module. There are two ways to search for two types of search, which can store up to 24 radio stations. According to the current different regions, there are different frequency bands. Different search platform selection. The daily listening sounds are very very good. It is convenient, and the sound quality of the stereo sound is not bad, which fully meets user needs.

For daily desktop machines, laptops, and any other external audio -visual device connection with AUX interfaces, M0Pro also has a LINE IN input interface, which is very convenient. In addition, M0Pro also has a system dormant function and has a variety of time choices.

In terms of control settings, there are music playback keys on the top of the speaker. For different functional settings, there are different operation options. For example, when the FM sound source, the table is changed to the left and right keys, and the volume is the upper and lower keys. When the USB sound source, the left and right keys are switched to the previous song, which is very easy to get started. The silicone material design also makes the hand feel comfortable and the control is accurate.

M0Pro uses an external power supply design and is equipped with a wide voltage power adapter to provide sufficient power supply for the box. The M0 Pro that takes into account a variety of playback functions is very suitable for use as the bedside speaker. Every night, you sleep in soothing music. Each morning, you can wake you up in the pleasant ringtone. Of course, you can also use M0Pro like this, such as placed in the study or living room. This small and cute “music alarm” can instantly become the focus of attention, or on the balcony, listen to a broadcast or U disk/SD card stored storage Music, enjoy personal exclusive time.

M0Pro continues the cartoon shape of M0, and at the same time, the appearance is further optimized, and the function is greatly enhanced compared to M0. It is the most powerful “music alarm” in history. Of course, it is more important that M0Pro will make you feel that the speaker is no longer a cold machine. It is more like a dexterous and lovely and rich and emotional digital pet, and the iron boron magnetic speakers and reflective 360 ​​° stereo systems are added to the addition , Make the M0Pro sound more energetic, digital pets can also make sound sounds. The exquisite shape and excellent sound quality, arbitrarily placed, are a landscape, with M0Pro, and your fashion home life.